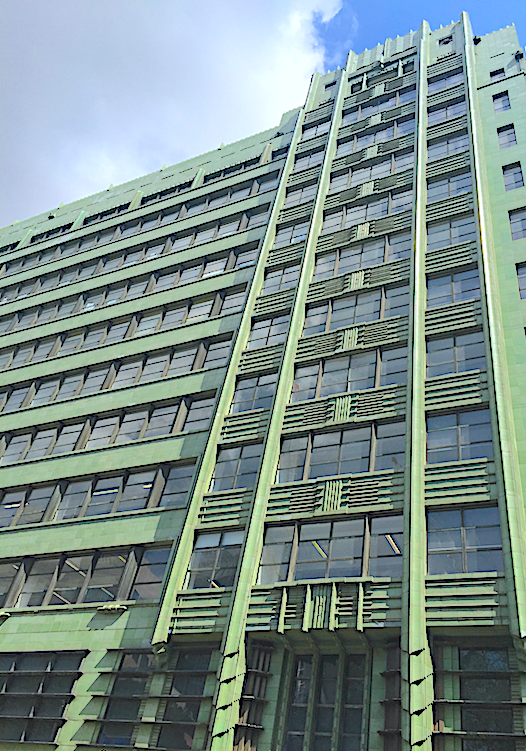 It’s time we opened a file on Molke. Or is he Mr Waller? Or Paul Wallen? Or else he could be Paul Moline. Whoever he may actually be, this man of twenty-two, having given up his legal studies, has joined the Communists. [RED, page 37]

Party members in the 1930s were advised to use a false name when speaking or writing as Communists. The spies’ first job was finding out who these radicals “really were”.

The first people to occupy “the Greenhouse” were several hundred young Communists.

The building was called “Futuristic” in the year it opened.

“But think,” she says. It’s where her thought’s been heading. “What will happen when it’s really old?” She leans against him, but he pushes past. “Just think a moment. In some future century, its modern tiles all cracked and all its gutters jammed, some pieces fallen off and” (she likes this thought) “caves for owls where the windows were—” [RED, page 40]