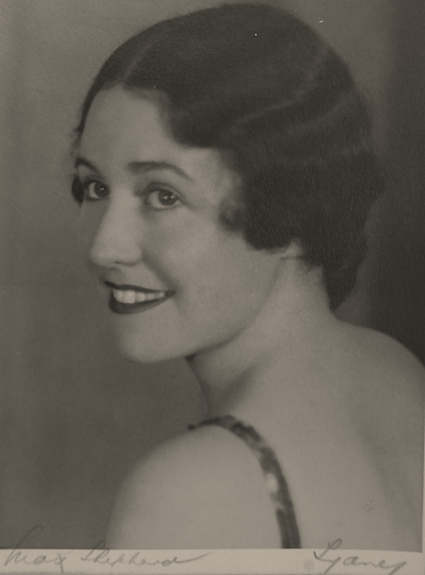 Lesley comes to Sydney by passenger liner, passes through the heads, and first sees the city from its deck, which is, she’ll later tell her friends, “the only way to come to Sydney”. She loves the place at once. Sydney is her home-town Perth done big. It’s fast and loud and kicks its feet in the foaming water. The people seem familiar in looks and manner. What a relief she doesn’t have to live in Melbourne, trying to like the stiffness of its people, now that there is Sydney, where you can ride the ferry to the city any number of times a week for just two shillings, which she does to look for work.

She and Edgar stay in a rambling old house partitioned into flats, called “Clifton”, at Kirribilli. After the dreariness of Melbourne, its grey St Kilda Beach, its dead-churchy Sundays and the formal superiority of that city’s manners (as she received them), Sydney seems, she says, “a paradise”.

Lesley’s sitting on a rock, beside some sandstone stairs, at the water’s edge, among lantana and tobacco-weed, and singing “Little Brown Bird”: “All through the night-time my lonely heart is singing” (even though it’s Monday morning). Her singing has been learned from records, seventy-eights, how they sing. Strangely pure vowels, held without variation between consonants, so well-behaved, as vowels should be, the vowels of planet Bakelite, produced by a steel needle in a narrow groove.

She has decided that she can’t go on with poor, good Edgar.

So perhaps it’s for relief she’s singing, for the hard relief of knowing that she doesn’t have to stay with him, to be so good. She sings her rather maudlin song, sitting on the oyster-covered rocks, in the early morning, just Lesley and the harbour, just the sound of waves and her rather reedy singing, when around the point there comes a burdened ferry, filled to the gunwales with passengers off to work, some grim, mostly men, all smoking, but some are laughing—including one or two of her new Sydney friends—laughing at her girlish singing and her bird-like song, and she is mortified. Her bare feet cemented to the rock. Nor can she look away. Those strangers (and strange friends) might reach out and touch, with their umbrella-tips, this siren of the sandstone. She must endure their eyes. A misplaced thespian, a panto-mermaid: “Oh, if they’d come to see and hear me in the theatre, they’d have wept, and then applauded.” But this is daylight, and Australia, a smoky Monday morning and ten minutes from the Quay.

The photograph of Lesley by Max Shepherd was one of several she had taken in order to find acting work.