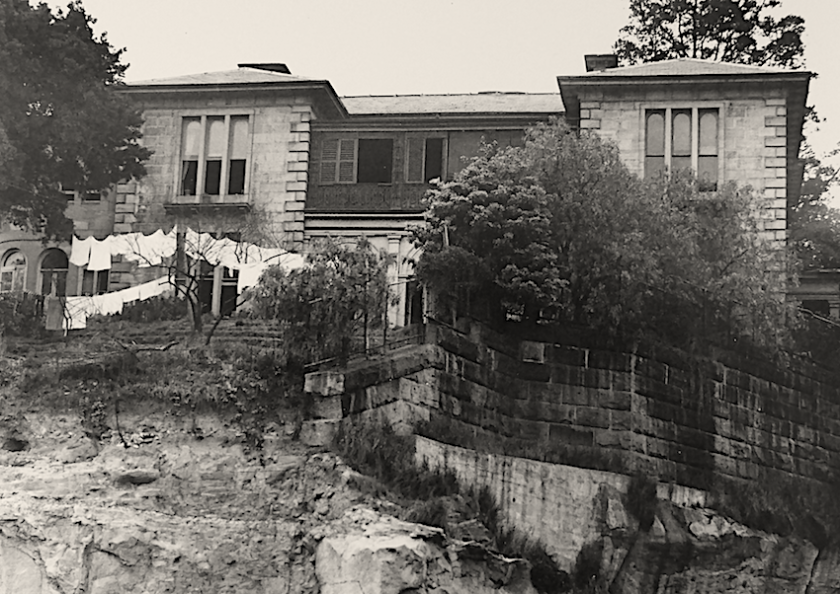 Lesley lived at Bomera (One Wylde Street) from 1937 to about 1941, when the Navy resumed the building while joining the point to what is still called Garden Island. Some tenants were still in residence, as the line of washing shows.

A vast old place of stone, decaying rooms, high ceilings, fine old fireplaces, rich tiling, rotting rails and wide verandas. Lu and Lesley share the rent of what was once the mansion’s ballroom, divided into two by a low partition and a curtain. …

On the marble floor stubbed cigarettes. It’s a warm evening but a cold passage. Lesley hurries through. Her smart, uncomfortable shoes are hurting her. Puritan, bohemian. Which unsatisfactory choice will she accept? Lesley’s a little tired of good behaviour … [RED, page 48] 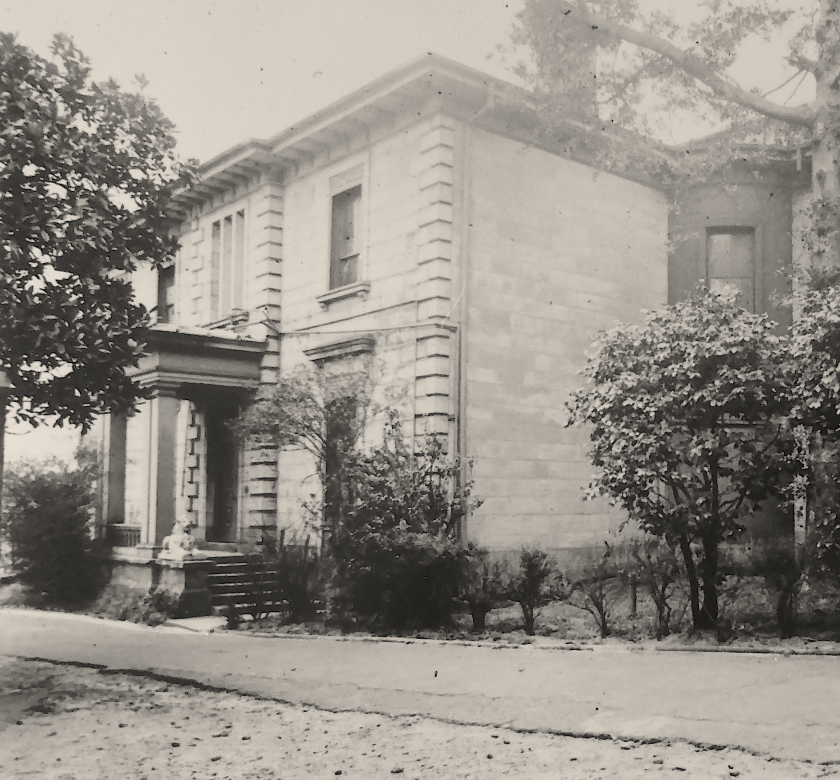 The portico to Bomera, beyond which stood Wisdom and Folly (see pages 50–51).
[These two photographs, taken in 1941 by the NSW Government Printing Office for the Navy, were made available by Mitchell Library (State Library NSW).] 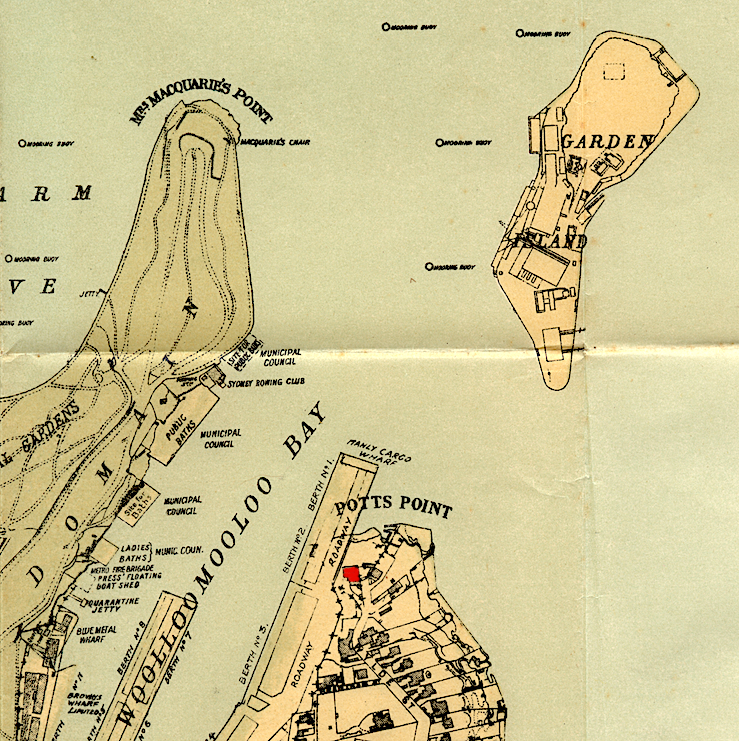 One Wylde Street, Potts Point (highlighted in red) on a map in the Official Handbook, the Port of Sydney, Sydney Harbour Trust (now a part of Roads and Maritime Services), 1924, reprinted 1936. Thirteen years later (in 1949) the NSW headquarters of ASIO would be established a few doors down the same street.

Bomera, the mansion at number one Wylde Street, Potts Point, once enjoyed (when in disrepair) by writers and artists such as Jessica Anderson and Justin O’Brien, has been opulently restored. 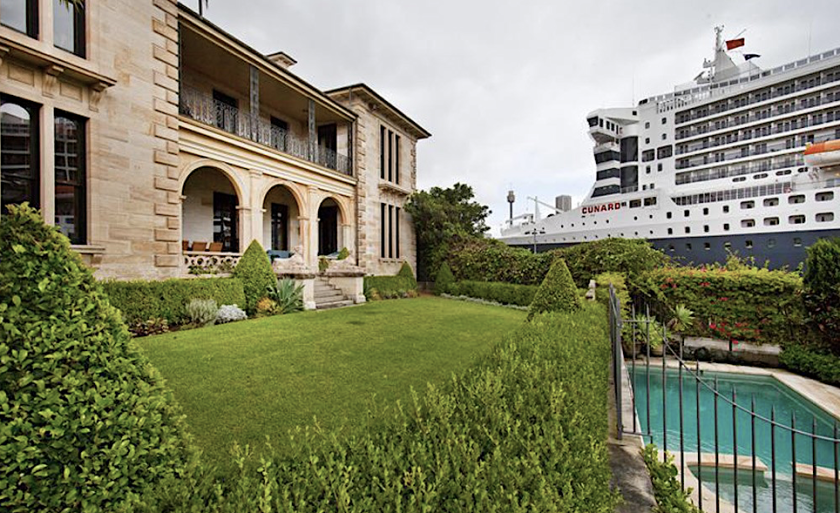