Robert Menzies, the founder of Australia’s Liberal Party, is often held up as a warning for more recent Liberal leaders, their argument being “Maintain the liberalism of the benign and enlightened man who created your party.” This is puzzling, if you read Menzies’ views and follow his actions when in power—especially his belief that we democracies have much to learn from the dictators, most of all from Hitler.

In 1938, during the Munich crisis, Menzies admits that Hitler may practise “bullying and threats”. Yet “an effort should be made to appreciate the German viewpoint.” He explains that “We must get out of the cheap, easy-going habit of mind which causes people to say, whatever Germany may do, that it is wrong. … I have already, in some quarters, been called a Fascist, and it is a risky plea that I have just made, because I am certain to be misrepresented by someone.” However, Germany needs our “tolerant wisdom” and “understanding”. Menzies says he’s merely expressing “a willingness to understand the other man’s problems”. He doesn’t mention Jews. [RED, page 84]

IN the four weeks before Menzies made this statement, there were reports in the Australian papers concerning persecution of Jews. 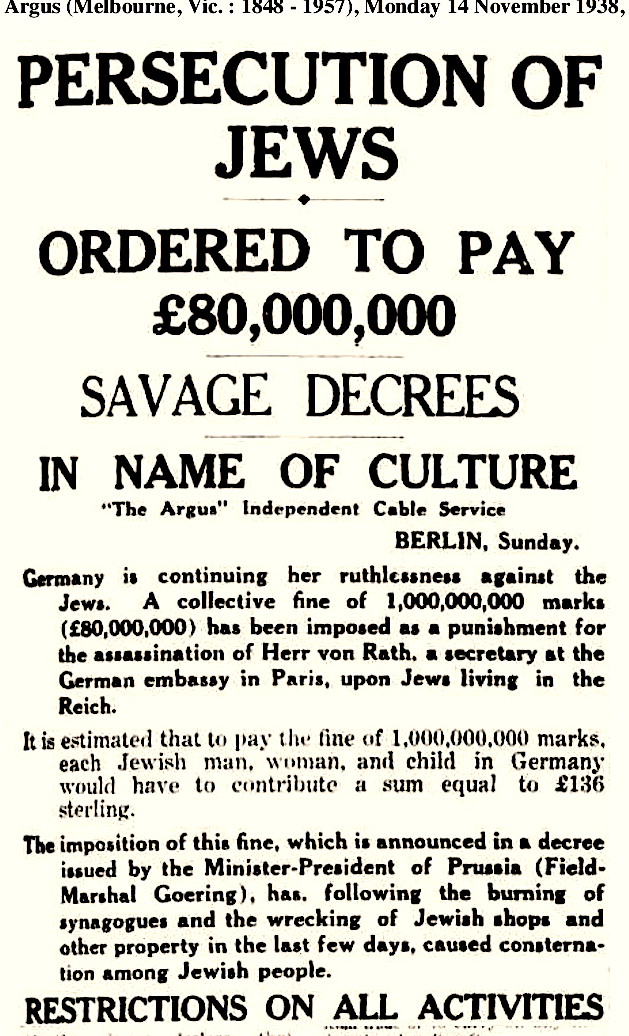 And threats were also made against the only Protestant Church that held out against forming a Nazi confederation of Churches led by Hitler himself. Hitler had (from 1933 onwards) arrested more than 700 dissenting pastors of this Confessional or Confessing Church, including Martin Niemöller in 1937. Menzies was evidently not distracted by these events either:

Other countries, including the UK and USA, responded to the crisis by proposing Jewish resettlement. 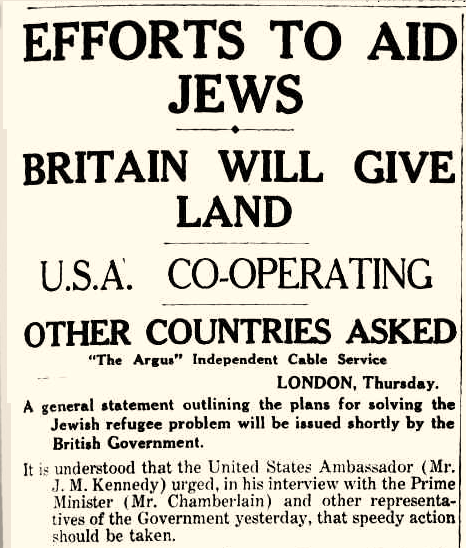 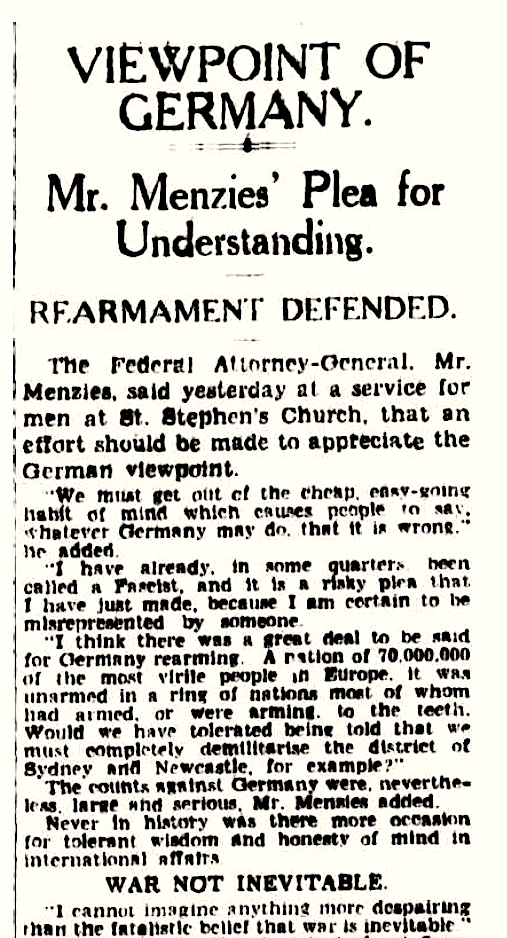