For three years now Paul’s older brother Geoffrey has been working on two projects. He’s in the midst of planning Sydney’s modern dental hospital when he’s asked to travel to America, to study railway-train design for his company’s latest streamlined object, a kind of roaring modernist aspiration, for Victoria’s railways, to be called the Spirit of Progress. This sleek blue train is to be launched the following year, and now the Dental Hospital is finished just before the war breaks out. [RED, page 95] 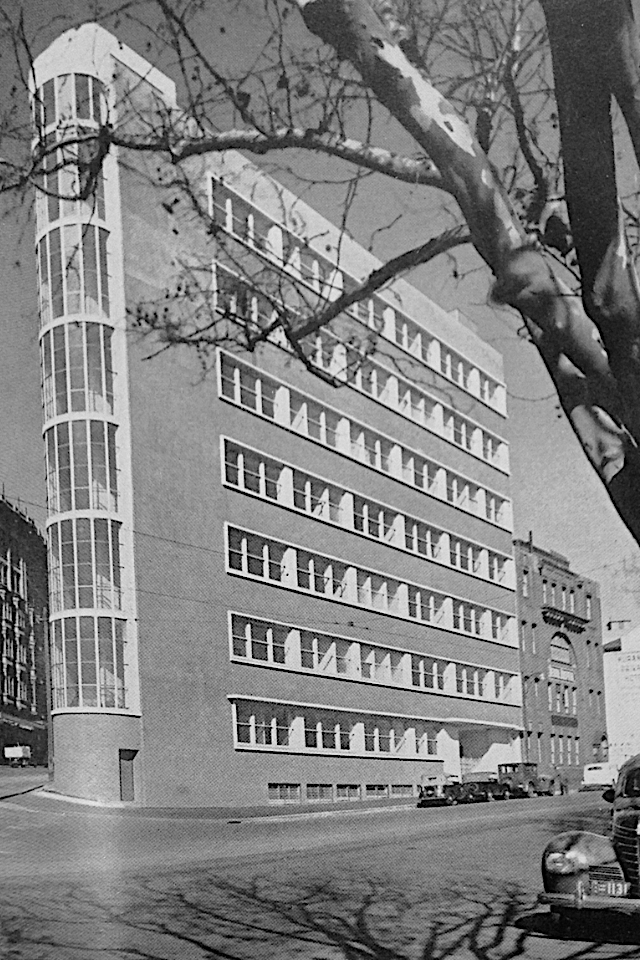 In plan the dental building seems to be a work of pure geometry, a long isosceles triangle that narrows to a clear glass point at the corner of two streets, its curved nose streamlined like an ocean liner, or indeed a train. [RED, page 95]

The Thirties were the time of the New. Many architects hoped to sweep away the past in an act that was both artistic and hygienic. To be modern was to cleanse and renew the world. This episode is the first of several in the book in which an idealised socialist future state is imagined by one of its characters, in this case by Paul.