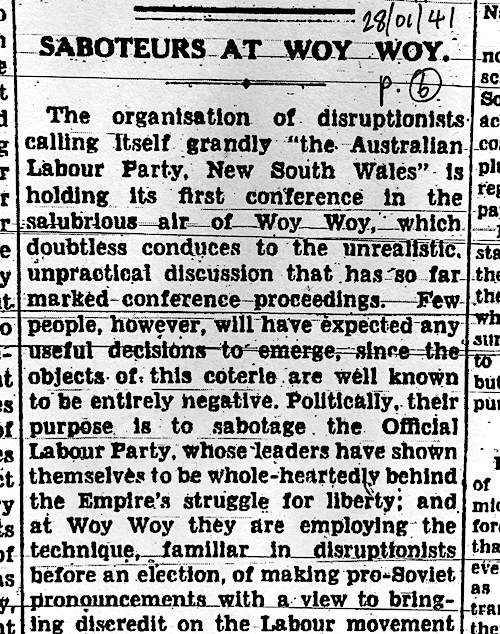 A conference of 230 radicals was enough to alarm a Sydney Morning Herald leader writer to assume that this event was the work of “saboteurs” whose “entirely negative” intention was to “discredit … the labour movement”. The editorial took the event too seriously (as a threat) and not seriously enough (as a political argument). 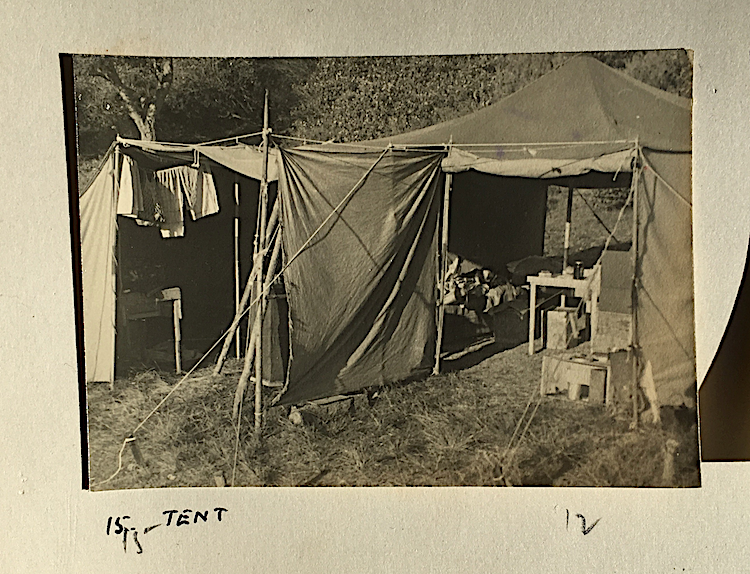 Having very little money, the party held its conference “under canvas” on the shores of Ocean Beach, Umina. Tents in the 1940s were heavy canvas structures imitating the rooms of houses. (Photo by Paul Moline, 1940s)

This improvised “conference under canvas” was arranged by the short-lived State Labor Party, a breakaway from the Australian Labor Party and a communist front. Its leader (strictly, co-leader) was J. R. Hughes. 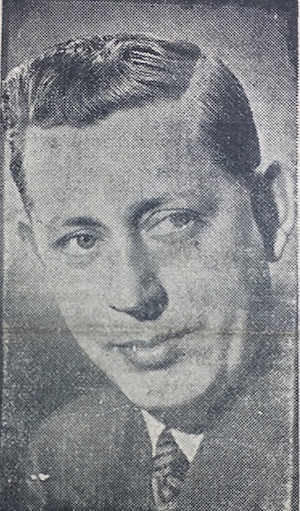 “Typical of the inherent spirit of democracy which permeates the whole Party was the lack of incongruity in seeing John Hughes, Leader of the Party, speaking about evolution, dialectics, and the Socialist Objective while clad in more or less khaki shorts; or Bill Wood, Rhodes Scholar and leading Labor authority on foreign affairs, doing his share of work in the cookhouse.” [From Progress, 31 January 1941, p. 1, quoted in RED, page 171]

Hughes’ speech at the conference offered support for the Socialist Objective of the ALP. He gives a Marxian position on history and political change. It’s only in a later paragraph (at the end of this extract) that Hughes pictures a future Socialist Australia. This generation of communists were not imagining a distant event; they confidently expected socialism to arrive within a year or two—either by parliamentary change “after the war”, or by revolution.

Hughes’ indignation at “fruit … dumped in the sea” was a frequent accusation of the time. Those who could not sell their produce sometimes destroyed it to maintain scarcity and therefore price. My mother talked of “milk poured down drains” for the same reason. Bill Wood was still collecting examples of these practices in the 1950s. Hughes is saying that, in 1941, fruit was a rarity “on the tables of the workers”. By “parasites” he means those who did not work productively, but made a living entirely from interest and dividends. In this little paragraph we have both what these comrades hoped for and the sense of outrage at the waste and chaos of capitalism that compelled them to hope.

Unlike his party leader, Paul Moline’s expectation of a Socialist Australia is more personal:

He’s standing at the water’s edge, the flat surf still discoloured by last night’s storm. Its foamy backwash drains around his feet. Here he is then, at the very edge. And perhaps the far end of the Earth will be the near edge of the future [with] so much that’s still wild, and natural and—waiting: see the sun’s last rays on Lion Island, Barrenjoey, Flint and Steel …. This patch of darkening water that he loves might be his shared home in the coming dispensation, when the land—just like the ocean that surrounds it—will no longer be possessed, divided, fenced or sold. All of us possessing all. Possessed by none. [RED, page 172]

At this time, Ocean Beach might well have felt rather wild and isolated, with only a scattering of bungalows, accessed by a dirt road, and surrounded by scrub and swamp, as this 1941 survey map shows, unlike the satellite view of a crowded location in 2018. 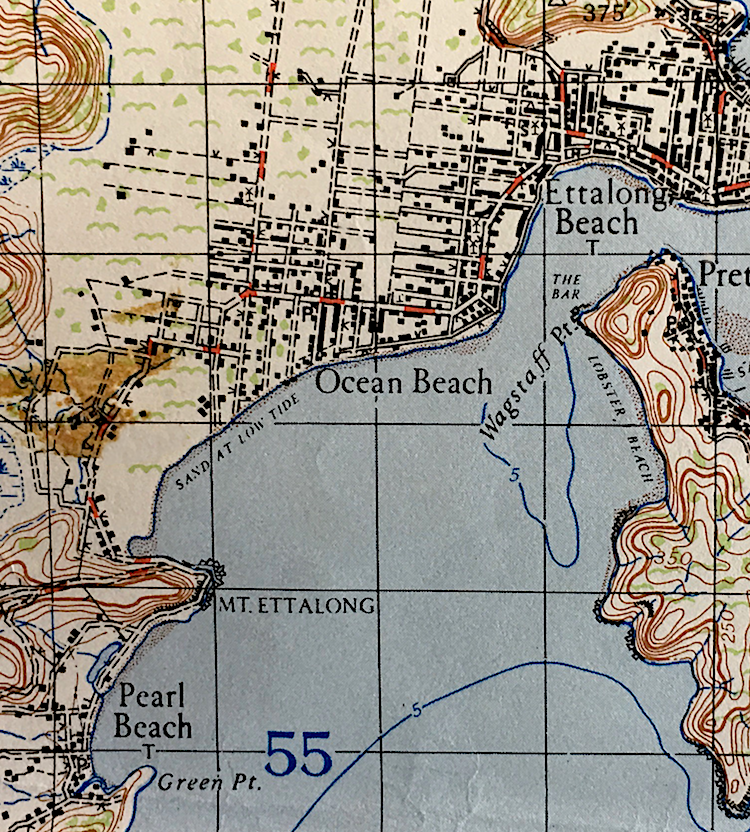 Ocean Beach, 1941. The conference tents would have been put up along the south end of the beach where the map shows open scrub. The black squares are individual houses.  (Inch-to-mile survey map, “Broken Bay”, Australian Section, Imperial General Staff, 1st ed., “surveyed in 1941”.) 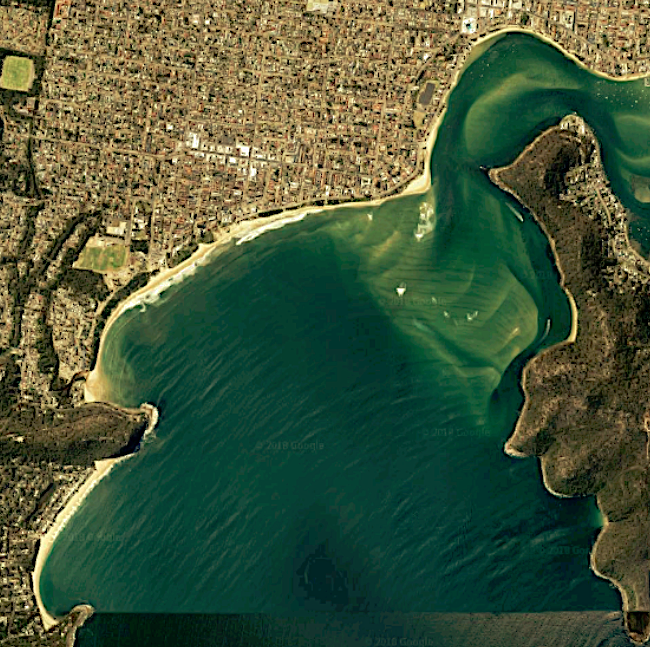