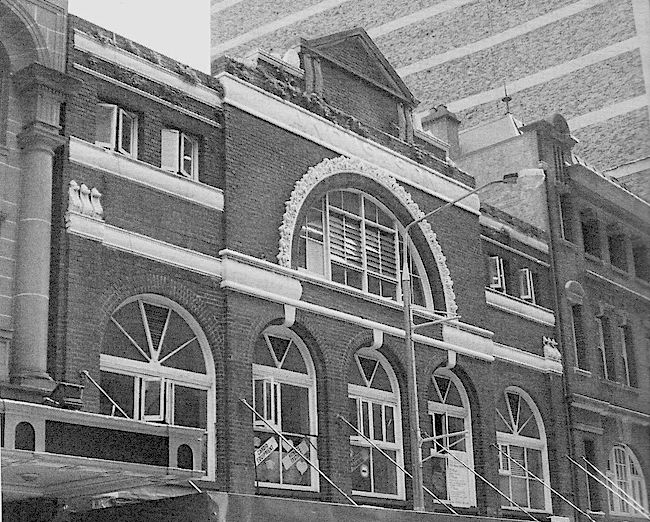 At the New Theatre, two floors above the racket of trams and trucks in Castlereagh Street, up the shiny sick-green stairway out of wartime into optimism, where satires are being written by Miss Oriel Gray and acted by those few Communists not yet enlisted, mostly women, Lesley flashes past us in a phrase of Gray’s anatomy of this theatre “with a pile of unsold programmes”, recognised at once by anyone who later knew her, in her hurry and commitment, distracted, anxious—to her family this glimpse is entirely familiar: oh yes, it’s Lesley: driven by external need, to which she is the loyal secretary. [RED, page 243]

Lesley O’Toole was the “loyal secretary” (administrator) of Sydney’s New Theatre from 1942 to 1944. In March–April 1943 she supervised the transfer of the theatre from its original premises at 36 Pitt Street to the larger space on the second floor of 167 Castlereagh Street.

Oriel Gray wrote an account of this time in her autobiographical book, Exit Left (Penguin, 1985). The first production at this address was Gray’s Let’s Be Offensive. (Progress, 9 April 1943, p. 4) 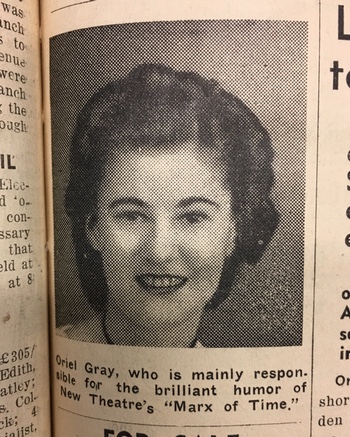 In November 1943 the theatre was closed by Sydney Council following a dispute about the number and size of the exits, which the landlord refused to improve. The landlord also opposed their having any “fixtures” including the stage itself. While still in negotiations, Lesley arrived at the theatre on a Monday morning (8 November) to find that workmen hired by the landlord, Mr W. Angus, had broken up the stage, damaged the sets and removed the lighting switchboard. A letter from the council, advising that her request for an extension of time had been refused, didn’t arrive until later that morning. “We intend to carry on as best we can,” Lesley is quoted in the Telegraph. “As the light switchboard was removed we will have to improvise lighting with torches and lanterns for next Saturday and Sunday’s performance of ‘Counter Attack’.” The damage caused by the council was estimated at £500. (Daily Telegraph, 9 and 10 November; Progress, 12 November) 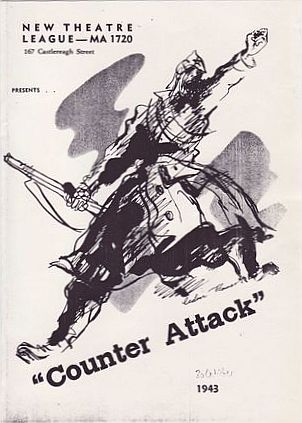 New Theatre’s historian, Lyn Collingwood, explains how this problem was ingeniously solved. “League members erected a non-fixture stage, and scenery from then on was provided by flats leaned against the walls like a pack of cards.” The theatre occupied this building for the next ten years.

New Theatre images on this page are downloaded from the Sydney New Theatre’s history website.